“How (in)visible would you rate these hearing aids?”

Anyone who has ever been involved in a study related to the cosmetic design of hearing aids has surely heard this question asked. Discreetness is important but has been difficult to measure.

In the clinical setting, to determine which of the tested hearing aids are less visible, typically either the HCP gives an opinion or the hearing aid wearer attempts to answer this very subjective question by looking in the mirror. These judgments are mostly made on a defined answer scale, ranging from ‘not visible at all’ to ‘clearly visible’.

But is this subjective method reliable and comparable to an objective measure? In my opinion, not really. Wouldn’t it be nice to have a more systematic method to measure visibility without using a subjective impression?

This is exactly the tool that we in the Validation team at Phonak HQ wanted to design. After some brainstorming, we ended up with a fantastic idea of how to measure discreetness of a hearing aid more objectively.

The center point of the invention was this consideration – How would you show another person your new in-ear devices?  Imagine the situation, you are having a conversation with a friend and your faces are in a vis-à-vis position. Surely, from this position your friend wouldn’t see your in-ear devices, because the tragus covers them. To show the devices, you would need to turn your head until your friend can see them. That’s what our tool would need to measure – how much head rotation is needed before an in-ear device is noticeable to another person. More head rotation before detectability  means there is a smaller visible range of the device (i.e., hearing aids are less visible) which is what hearing aid wearers want.

We were also interested in measuring the resulting angle of such a head rotation and how this correlates with different devices. For example, does a small CIC device need more head rotation than a bigger ITC device before it’s seen by others?

We moved forward in developing a test that can more accurately and more reliably measure the angle of the first visibility of an hearing aid during a head rotation. Videos of rotating hearing aid wearers were produced.

Each subject was rotated around his own axis, starting from 0°. Independent observers were asked to watch the videos and press stop as soon as they could see a device in the subject’s ear. Because the angle of the rotation was tracked the entire time, we could calculate the precise angle of the head position when the video was stopped.

We even developed a further strategy to measure the first visibility and produced a great marketing tool to demonstrate it. The great thing about this tool is – as a HCP, you can run the test with the videos including real hearing aid wearers, and the visibility will be measured systematically under defined rules – without needing to provide your subjective impression about the dimension of ‘how (in)visible’ the hearing aid will be to others.

Here is a video clip of the demonstration tool.

If you have further questions or if you are interested in our invention, please leave a comment below. 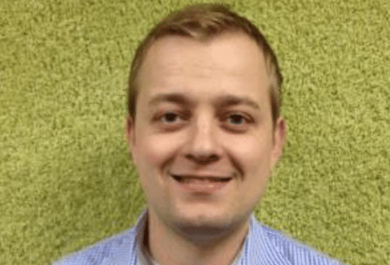 Timo joined Phonak in Switzerland in 2011. He started in the S&T department as a research audiologist and joined the validation team in 2014 as Validation Manager. Timo studied Hearing Technology and Audiology at the Jade University in Oldenburg, completing his Bachelor of Engineering.