I’ve been playing music for more years than I like to admit, and have fond memories of the first band I played in at high school (What was the band name I hear you ask? – Plastic Fork …. no seriously, that was the name!). At the beginning of every lunch time, there would be a mad rush of budding rock stars vying for limited rooms, of which two were large, one medium sized and one with barely enough space for the 4 band members and our equipment (we ended up in this one more often than not!). And it was way back then, when practicing in the different sized rooms that I realized that in the smaller rooms we sounded (even) louder at the same amplifier settings. It was only years later that I learned precisely why.

Boyle’s gas law states that if an enclosed amount of gas is compressed to half its original volume, assuming temperature is constant, the pressure will be doubled.1 What does this have to do with the ear? Sound is a pressure wave. And similarly, in a hard-walled cavity, a volume reduction of ½ results in an increase in sound pressure output, by approximately 6 dB.2 Whilst the ear canal is normally open at one end, when a hearing aid mold or shell sits within it, it starts to approximate such a cavity (although eardrum mobility means changes in output as a function of volume are greater in the higher frequencies).3  This underpins the reduction in the real-ear-to-coupler difference (RECD) with age as young children’s ear canals grow / increase in volume. 4

Another way of changing residual ear canal volume is to have a deeper fitting ear mold or shell. This can help alleviate occlusion (if contact is made with the bony portion of the canal),2 reduce / eliminate acoustic feedback5 and improve retention. Additionally, just like my first band practicing in a smaller room, it can also help achievement of a louder output at the ear drum for a given hearing instrument setting. This means we can either extend the fitting range of a given hearing instrument or potentially reduce the size of the hearing instrument for a given hearing loss. This can be very important because despite innovations to try and reduce stigma, such as the recently released Virto M-312 Black, esthetics can still be an issue for some people with hearing loss.6 And perhaps it’s presumptuous as clinicians if we assume the desire for smaller hearing instruments isn’t also shared by those with larger degrees of hearing loss too.

So length matters – but how much?

Bentler3 presented some data comparing RECDs in different styles of hearing aids, and values for deep fitting complete-in-the-canal (CIC) hearing instruments were substantially higher than behind-the-ear hearing aids, especially in the higher frequencies. But what is the relationship between earmold / shell depth (mm) and output?

We tried to get an idea of this by using the Klangfinder artificial ear as a model for determining the impact of different ear mold lengths on output in the ear (see Figure 1). Impressions were taken of the artificial ear and five occluding, hard acrylic molds of varying lengths were made – each with a probe tube placed through them (with the same probe insertion depth of 25mm) so we could perform output measures in the residual canal volume.

A Phonak Marvel BTE coupled to the shortest earmold length was programmed for a flat 40 dB HL hearing loss and matched to DSL 5.0 Adult Targets target. Those same settings were then used to measure output for the remaining 4 earmolds of increasing length, with the results shown in Figure 2A. When we plotted the average output (Over frequencies 250 Hz to 8000 Hz) as a function of canal length, we can see that moving from a short to a long mold increased average output by ~8 dB.

There is an understandable anxiety for some HCPs around deep impression taking as no one wants to cause discomfort or risk injuring their clients. In 2017, Phonak launched the EasyView OtoBlock (EVOB), an innovative solution with a window on the front that clips onto the otoscope and allows visualization of the canal and ear drum throughout block placement. 7  Two studies evaluating the EVOB found an average improvement in impression depth of 3.2mm8 and 5.52mm.7  Based on these findings and data from our ear model, we assumed most HCPs can comfortably take a medium length impression, then added the extra average length an EVOB would be expected to provide to estimate what potential output benefits this could give. Assuming all the additional impression length could be used for the mold, these results are plotted in Figure 3 and show an average 3 – 5 dB overall improvement in expected output, and up to 7 dB at some frequencies.

At my ripe old age, I have learned the relationship between volume and …. well …. volume, and tend to opt for larger practice rooms (and musician plugs!) these days. And it’s great we have clinical tools such as the EVOB to support deeper impression taking and 3D rapid shell modelling software to make deeper, more comfortable molds and shells to either increase the output of a current hearing device, or to fit smaller devices to those where this is something important to them.

We invite you to read a previous blog article by Rachel Bishop, AuD on her experience using EVOB. 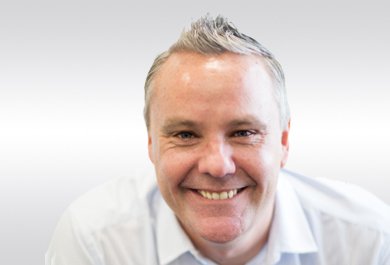 Director of Phonak and Operations NZ

David has worked at Phonak for over 10 years. An interest in music and helping people made Audiology a natural career choice, and David graduated from the Master of Audiology course at University of Auckland, New Zealand in 1999. He worked clinically for 10 years, in both public and private settings, and in both NZ and overseas. David has a special interest in advanced hearing instrument and wireless communication technology, the selection of these based on client and family needs and supporting verification and evaluation of these features in the clinical setting.