The first mention of hearing loss in recorded history came from the ancient Egyptians, who in 1550 B.C. treated a “bewitched” ear by pouring a mixture of tree oils and medicinal clay into the affected ear.1 To say our understanding of hearing loss has come a long way since then would be an understatement! Today, people with hearing loss have access to advanced amplification technologies, strong social support networks, and an array of federally-mandated intervention services. As the detrimental impact of bilateral hearing loss is so well-established, federally-mandated protocols exist to identify, treat, and support those children diagnosed with hearing loss. Unfortunately, it has taken far longer to understand the impact of unilateral hearing loss on children.

Defined by the presence of normal hearing in one ear and permanent hearing loss in the other, unilateral hearing loss, or UHL, can be caused by a congenital condition or acquired later in childhood as a result of illness, injury, or disease. While current estimates place the percentage of children in the United States with UHL between 3% and 6.3% of the pediatric population,2 estimates gleaned from previous studies have varied considerably. Prior to the implementation of universal newborn hearing screenings (UNHS) in hospitals across the United States, the average age of diagnosis for a child with UHL was 4.4 years of age.3 While some of this can be attributed to children with UHL acquiring the condition after birth, many children with UHL were missed because they are less likely to demonstrate expressive language delays traditionally associated with bilateral hearing loss.4 Fortunately, the introduction of UNHS has seen the average age of diagnosis of UHL drop to around 2.6 years of age.3 This allows for much earlier intervention than was previously achievable.

Since UHL involves the presence of a normal hearing ear, many children with UHL exhibit little to no symptoms of hearing loss when listening in quiet.4 Rather the primary effect of UHL is the inability to utilize binaural cues. With hearing loss on only one side, binaural summation, binaural squelch, and interaural time and level differences are diminished or lost entirely. Without these binaural cues, children with UHL often demonstrate difficulty hearing in the presence of noise, difficulty localizing to sounds, and difficulty hearing sounds coming from the impaired side.5 The loss of these binaural cues is particularly detrimental to children given the difficult listening environment of the modern classroom.

Research suggests UHL has implications beyond just difficulty hearing in the classroom. A 2010 fMRI (functional Magnetic Resonance Imaging) study of children with UHL demonstrated significant differences in areas of neural activation during auditory tasks than normal hearing children, with many of the UHL subjects unable to activate the auditory centers and binaural attention centers of the brain.6 In a 2013 pilot study by Ead, Hale, DeAlwis, and Lieu, children with UHL performed significantly poorer on tests of verbal working memory and phonological processing than a control group of normal-hearing siblings. These results suggest UHL has a profound and detrimental impact on the activation of auditory neural networks in the brain. More research is necessary to determine the impact of treatment on these changes and whether or not they can be altered.

Children with unilateral hearing loss face a unique set of challenges and require a comprehensive and individualized treatment approach. Audiologists have many tools to work with in this process, and because of that we will be devoting a second blog post exclusively to management options for UHL. Fortunately, none of them involve pouring tree oils or medicinal clays into the ear canal!

To learn more – the Unilateral Hearing Loss in Children Conference will be held in Philadelphia on October 22 – 24, 2017. Topics include the latest implications of UHL, a review of technological management approaches, family-centered perspectives, and discussion on contemporary management strategies. Find more information here. 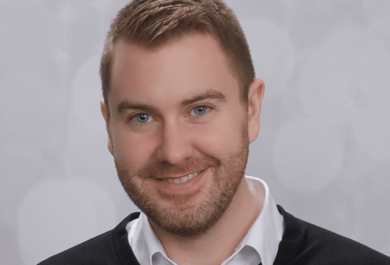 Chase joined Sonova in 2016 and is currently Audiology Manager for Audéo and Roger products. Chase received his Doctor of Audiology degree from Northwestern University. He has previously worked as a Regional Sales Manager for Phonak US and has interned at Advanced Bionics, Connect Hearing, and Phonak.