It is estimated that one in 1000 newborns are identified with unilateral hearing loss (UHL) every year.1 They are often untreated after diagnosis because there is an assumption that one ‘good ear’ is enough. Over my clinical career, children with UHL have taught me to think differently about its management. Phoebe is one of those children and I would like to share her story.

Phoebe was born in 2007 with a moderate to severe sensorineural hearing loss in her left ear, and normal hearing in the right ear. At that time, it was not standard practice to fit a hearing aid for this type of loss in the UK. The National Health Service (NHS) and her family were reassured that she would develop timely speech and language using the hearing in her right ear.

Several months later, Phoebe’s family returned for a follow-up visit and reported that they noticed she was less responsive to sound than her siblings. Due to their concerns, I fitted her with a hearing aid when she was 10 months old, which she accepted very well. By 20 months, Phoebe had a rapidly developing vocabulary although she still struggled to localise sounds.

Phoebe startled easily to sudden loud noises, so I altered the hearing aid prescription from DSL targets to NAL-NL2 targets to see if this helped. Her response was interesting: ‘My hearing aid is not working now’, she said. I think this is probably because the hearing in her right ear was slightly stronger than her perception of sound from the left ear – a functional demonstration of the Stenger principle. Phoebe’s mother explained that, actually, she startled to loud noises even when she wasn’t wearing her hearing aid. Professor David McAlpine from the Ear Institute in London explained the effects of unilateral hearing loss on the central auditory nervous system: there is reduced neural information coming into the right inferior colliculus from the left side, which would usually help to suppress perception of loud noises.

When Phoebe was 8 years old, the hearing in her left ear further deteriorated. Her medical history included an enlarged left vestibular aqueduct (EVA) so we knew early on that she was at risk of deterioration in her hearing. Research indicates that people with a unilateral EVA are actually at risk of developing a bilateral hearing loss, and unfortunately, this was the case for Phoebe. By the time she was 9 years, her right ear had a mild hearing loss, and she was diagnosed with cochlear hydrops which caused migraines, dizziness and tinnitus. She was seen by Professor Shakeel Saeed to review the options for maintaining her hearing on the left side and he suggested they consider a cochlear implant for her left ear. She didn’t fit the NHS (NIHCE) criteria for cochlear implant candidacy, but given the fluctuating hearing in her right ear, it was agreed that this was a good option for Phoebe.

Phoebe had vertigo (a ‘vomit-o-thon’) following the implant surgery, but within a few weeks reported that the CI was ‘worth it 100 times over’! She asserted that her hearing was ‘so much better than previously with my hearing aid’. A year later and she now wears a hearing aid on the right ear with the cochlear implant on the left and is thriving both at school and socially.

What I learned from Phoebe

If there is a potential for benefit from amplification for unilateral hearing loss in early life, then try it! The critical period of neural development for maintaining binaural hearing potential is greatest in first 18-24 months of life, and a child is more likely to accept a unilateral hearing aid if it is introduced early.2 We didn’t know when we diagnosed Phoebe that she was at risk of losing her hearing in her right ear. Fortunately, because her left ear received aural stimulation, she was able to get maximum benefit from the cochlear implant, which is vital to her now that her right ear has deteriorated. Phoebe once said, “No one will ever understand the difference this implant has made to my life”.

I now understand how different prescriptions (e.g., NAL-NL2 and DSL) for hearing aid fittings result in perceptual loudness and how the Stenger effect impacts on functional listening. I’ve learned that people with unilateral hearing loss, even those with some binaural hearing, will commonly startle to loud noises due to reduced suppression of noise in the central auditory nervous system. And, I learned that people with unilateral enlarged vestibular aqueduct condition (EVA) are at risk of fluctuating hearing loss in both ears,3 and cochlear hydrops may occur in around 30% of cases with EVA.4

Phoebe continues to thrive with her hearing technology and is an inspiration in her positive and forthright attitude to challenges in her hearing journey, with the amazing support of her family.

I invite you to watch a video of Phoebe interviewing her parents about their experience.

To learn more, the Quick Practice Guideline: Tools and considerations for assessing and managing UHL in children is available. 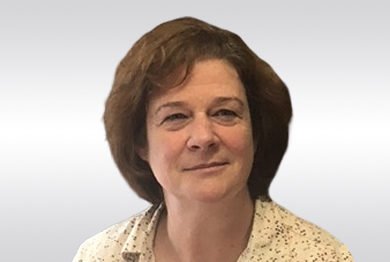 Josephine, PhD, is Director of Chear, an independent centre for second opinion of hearing and amplification in infants and children in England, UK. She is a clinical pediatric audiologist and conducts research around amplification strategies and speech testing in children.