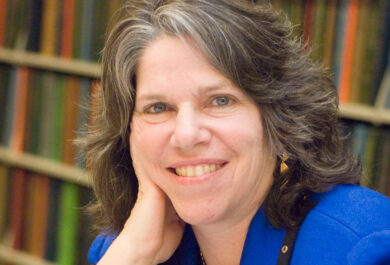 An educator, clinician and researcher, Dr. Weinstein is a member of the geriatric research team at NYU Langone Medical Center and has been engaged in uncovering the psychosocial correlates of age related hearing loss since first earning her Doctorate in Audiology from Columbia University in 1980. The author of both editions of the text titled Geriatric Audiology, Professor Weinstein lectures nationally and internationally on age-related hearing loss as a public health challenge and is a recognized opinion leader in the field of audiology.

Barbara Weinstein, PhD, Professor of Audiology at the Graduate Center, CUNY and Adjunct Professor Medicine at NYU Langone Medical Center, is truly an expert in audiology, especially audiology as part of healthy living. In November 2019, she gave a fantastic talk on “boosting emotional well-being in older adults: the role of hearing health care” at the Phonak “hearing well is being well” conference. In the weeks following her talk, we worked together on a position statement on well-being, and I had the chance to ask her some more in-depth questions…

Barbara, it really is a pleasure to talk to you again about this topic. You told me a while ago that “people are finally listening”. You were interested in audiology and its relationship to well-being and healthy living from the start of your career. What triggered your interest for the topic, and how was it perceived at the time?

When I was in my PhD program in Audiology in 1980, I enrolled in a class on The Sociology of Aging. The professor talked about measuring isolation and loneliness. I thought that was so interesting, because hearing loss must connect with isolation and loneliness. I delved into the literature and saw that there were several theories of aging at the time: the two most prominent being the disengagement theory and the activity theory. Most people subscribed to the disengagement theory, believing that it was normal to disengage as you got older. I noted that in the literature, none of the studies accounted for hearing loss in any of their samples.

I went to my professor and mentor, Dr. Ira Ventry, and said, “I know what I want to do my thesis on: isolation and hearing loss in the elderly.” And he said, “Barbara, that’s really complicated and that’s really not that relevant.” And I said, “That’s okay. It’s really interesting to me and I’ll do it.” So basically that’s what happened. To measure isolation and loneliness, I had to interview people, and worked with geriatric physicians who had developed the measuring instruments I was to use in my dissertation. I administered a hearing handicap measure, the Hearing Measurement Scale, developed by Noble and Atherley in 1970.

I learned a lot about the effects of hearing loss just from interviewing over 100 older male veterans, and that is what afterwards led to the development of the Hearing Handicap Inventory (Ventry & Weinstein, 1982). So I’ve always been interested in working with people and wanting to help people live fulfilling lives. Essentially, this aligned with what interested me, but most people were not, and that was okay.

When you say, people didn’t buy in yet – why do you think that was?

At the time there was not a focus on the effects of hearing loss in terms of social and emotional domains. It was a time when audiologists were just starting to dispense hearing aids. Theoretically, the early 80s wasn’t that early in the profession, but just, people were not focused on the person, they were focused on the new and emerging technology! After developing the Hearing Handicap Inventory, every single study in which I was engaged, was to get people to buy into the importance of the patient and how our interventions can improve the lives of older adults with hearing loss.

An early study of mine was on dementia and age-related hearing loss, and then I moved into using self-assessment as a tool to measure outcomes of hearing aid use and rehabilitation. Outcome measurements was not an area of interest of most audiologists at the time either. Gradually, more and more people bought into what I had to say about the psychosocial ramifications of hearing loss and the importance of screening to identify older adults with hearing difficulties. I have to say that Frank Lin kind of cracked the nut when he did a lot of the data mining and uncovered many of the psychosocial aspects of hearing loss about which I had written in the 1980s! I think that his work got a lot of people interested, but decades have passed between my study on social isolation/loneliness, and where we are now in terms of the importance of social connectedness and well-being.

…when we’re intervening for hearing loss, we’re improving the quality of the lives of our patients”

So in the meantime, do you see a change in perceptions, or is there more work to be done?

I think so (that there is a change in perceptions). More and more literature is coming out on the topic, but there is still work to be done. I think that manufacturers can really take the lead here and work closely together with audiologists to change what we consider to be important dimensions to identify hearing aid candidates, e.g. going beyond the audiogram. And also, as I’ve said in many speeches and articles, I think it is important that the medical community buy into screening for hearing loss, and referring for hearing difficulties.

Hearing loss has this impact on well-being, but it is also important to see that when we’re intervening for hearing loss, we’re improving the quality of the lives of our patients. So, we have to communicate about that. Physicians know that isolation/loneliness is a bad thing, and that loneliness has negative effects on morbidity and mortality. If they recognize that age-related hearing loss is a potentially modifiable risk factor for social isolation/loneliness and that we can make a difference in people’s lives by intervening with hearing aids, I think that’s the whole goal and that is the way to increase referrals to optimize hearing health and overall well being.

If you cannot hear and communicate, you cannot connect with people. I published a study on hearing aids and loneliness, and we saw that hearing aids were effective in combatting loneliness, and that even use of the less expensive personal amplifiers, in people who are home bound and can’t afford hearing aids, can help combat loneliness. The point is that we’re not reaching the many people who are older, lonely and have hearing loss and we need to identify more points of entry to reach those who need our services. In the audiology clinics, we’re seeing the people who want to hear/communicate better because their families want them to, or they want to. There is a large group of non-users, and many of those people are isolated. We have to reach that population. So that’s why I think that if we can convince doctors to screen for isolation/loneliness, and they know that there’s a connection with hearing loss, they’ll perhaps refer those people for hearing intervention.

Regarding your own research, what are you at this point most interested in?

I’m most interested now in identifying different points of entry for identifying and intervening for hearing loss. For instance, in hospitals, in Emergency Departments, and in the home.

Most people in hospitals are older and have communication difficulties, and hospitals are just not accessible to people with hearing loss. In fact, we know that physician-patient communication is affected by hearing loss, hospital readmissions are higher for persons with hearing difficulties, and medical expenditures are higher, as well. In hospital settings we need to have universal communication precautions, similar to universal infection control. I think that would be really important for healthcare, as treatment adherence is problematic when people cannot hear and understand.

I’m also working with students, teaching them to counsel their patients to be advocates for themselves. Patients have to start educating the doctors. I call it upstream education – we have to encourage our patients to tell their doctors that they have a hearing loss and how they have to communicate with them. It’s got to be an upstream and downstream kind of education.

We’re also going into the home, reaching out to isolated older adults. So far, we have reached out to about 60 people, and the loneliness quotient is very high in the home. We want to try to get people communicating more. Thus far it is clear that we need to do a better job of reaching the oldest old population, as communication needs are great, as is the need to remain connected. I think we could have a role to play as audiologists.

Very interesting, Barbara, we are following your work and looking forward to reading more about this! Finally, do you have practical tips or takeaways to share with health care professionals in the field? Things they could incorporate in their daily practice to put hearing loss in a much broader context of healthy living and well-being?

I could not agree more, Barbara. Thank you very much for your time!

For further insights on this topic, we invite you to read a previous blog article by Dr. Charlotte Vercammen titled, “Perceptions matter”.  The Phonak position statement on Well-Hearing is Well-BeingTM can be accessed online here.

Theory to Practice is a series of interviews with experts in the field of audiology and beyond. Interviewees share their knowledge and insights on relevant topics. The special focus of each interview is to translate theory into key take-aways which can be implemented into daily practice. 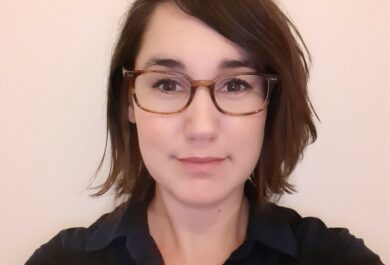 Charlotte studied Speech Language Pathology and Audiology Sciences at the University of Leuven in Belgium. Before joining Phonak HQ in 2018, she worked as a Teaching Assistant and obtained a PhD at the University of Leuven’s Faculty of Medicine. Her research at the research group of Experimental Oto-rhino-laryngology focused on cognitive hearing science, investigating the interactions between cognition and hearing, and electrophysiological measures of binaural hearing.

Tap Control is a new feature in Phonak Audéo Paradise 90 and 70 level rechargeable hearing aids that expands the way an end user can activate or access various functionalities.