I began work on the concept of remote infant Auditory Brainstem Response testing in 2006. At that time, an audiologist in the adjacent Ontario Infant Hearing Program (IHP) region was on leave for a year.

That meant that infants who were referred from the screening component of the IHP in that region would have to travel an extra 400 km, usually by air, for assessment services. Most of the families in that region lived in communities in the far north of Ontario, with no road access. That meant flying to a central health care hub, and then flying again to Thunder Bay, Ontario for services.

The initial thought was that a connection could be established between the computer housing the ABR software and the “headbox”, or hardware that connected the infant to the software. It was quickly found that this would not be feasible.

A suggestion was made to move all of the ABR equipment, including the laptop with the software, to the infant’s location and establish a remote connection using desktop sharing software and a video conference link. While this proved to be workable, a software incompatibility proved to be an insurmountable barrier. The ABR software was, at the time, DOS based. The desktop sharing software was not able to work with a DOS window.

Two years later, in 2008, the ABR software was released on a Windows 98 platform. This meant that the desktop sharing solution was now workable. A working partnership was established with the Ontario Telemedicine Network and the first tests of the system were successful. Following the proof of concept, remote infant ABR assessment was then conducted on a regular basis between a “hub” site in Thunder Bay and as many as 9 remote “spoke” sites.

Between 2008 and 2011, over 120 infants were assessed in this manner. The ability to do testing remotely saved both families and the Canadian Federal government thousands of dollars in travel costs, reduced the number of infants lost to follow up, and greatly reduced the time between screening referral and assessment.

In 2011, a significant change in the infrastructure of the OTN meant that our original solution of tying the data link (for desktop sharing) to the secure video conference network was no longer feasible. At the same time the Ontario government ministry responsible for IHP wished to expand remote assessment across the entire program, establishing several hub and spoke sites around the province. This meant a complete overhaul of the systems used to connect for data and audio/video. As well, a standard protocol needed to be developed to guide clinicians across the system.

After several forays into different audio/video and desktop sharing solutions, along with a complete change in diagnostic ABR equipment within the IHP, a flexible and workable solution was found. Using “Personal Computer Video Conferencing” or PCVC, a component of OTN that allowed connections between any two computers anywhere in the province, we could now access a flexible and secure videoconference network. After some searching, a secure desktop solution was also chosen. This new solution facilitates remote infant ABR assessment from any point to any other point in our province.

Technology wasn’t the only challenge

This did not come easily though. The biggest barriers to remote assessment were not in the technology, but rather in the obstacles found in administrative policy. Potential IHP hub and spoke sites are typically housed in larger agencies such as regional Health Units and Children’s Treatment Centres. Significant challenges were encountered when trying to access equipment housed on such network agencies.

Information Technology policy, rightfully so, is typically designed to protect agency computer networks. Permissions had to be obtained that would allow access to various web portals (for videoconferencing) and to allow connection of hub and spoke computers through desktop sharing software. As the latter presents a significant security risk to any network, both hub and spoke site equipment had to be isolated from the rest of an agencies network to prevent security breaches.

Developing workable, yet sustainable solutions for each agency is an exhausting and sometimes frustrating task. However, without this work, the concept of remote assessment could not spread beyond the original pilot hub and spoke sites.

It’s been my experience that designing a protocol that facilitates a system wide remote assessment component to an Early Hearing Loss Detection and Intervention (EHDI) program is of significant benefit in delivering an EHDI program that is effective, efficient and equitable. Flexible technical solutions in establishing a link between hub and spoke sites is a minor challenge compared to the challenges in bringing those solutions to the multiple agencies involved.

The end result is worth the effort. Improving access to service, reducing loss to follow up, and enhancing a family’s experience within the umbrella of early hearing loss detection is a notable result.

Bill’s recorded webinar on this same topic will be available on Phonak Learning (accessible in participating countries). For more information, please visit https://learning.phonakpro.com. 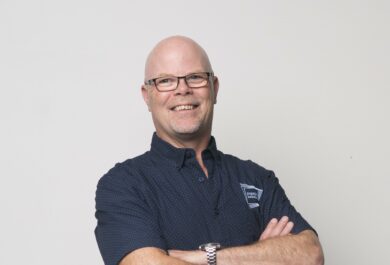 With 20 years as a clinician, Bill has a wealth of knowledge and experience. His interest in eAudiology began in 2006 in trying to provide access to infant diagnostic services in remote Canadian communities and was involved in developing a remote assessment protocol for the Ontario Infant Hearing Program. Recently retired, Bill continues to take an interest in eAudiology, working with colleagues internationally to promote and implement remote access to patients.