be·lief (noun) 1. The state of mind in which a person thinks something to be the case, with or without there being empirical evidence. For a child, belief in what cannot be seen can be magical. Hence, the century old mysteries of gift bearing bearded men dressed in red, egg dropping bunnies or kleptomaniac dental fairies. For audiologists, belief can be equally purposeful and powerful, especially for hearing outcomes that are often difficult to measure.

Personally, the opportunity of improving quality of life by sound restoration, is the finest hour of being an audiologist. Like most clinicians, I was convinced long ago that by restoring audibility, we are improving much more than just access to sound. Auditory stimulation as a significant component of cognition and healthy aging has always been a core value of my clinical repertoire.

In 2013, Johns Hopkins researcher Frank Lin, M.D., Ph.D. confirmed this connection in JAMA Internal Medicine.  While linking hearing and cognition was not essentially novel or groundbreaking research, as audiologists we have long acknowledged the power of the ear-brain connection since some of the earliest days of the profession. However, given the size of the patient sample (N= 1984), the longevity of the study (6 years) and subject age (75-84), such findings quickly became one of the preeminent studies that could – and should – impact audiological patient care across the globe.

Dr. Lin and colleagues showed that subjects with hearing loss experienced cognitive decline 30-40 percent faster than their normal hearing peers. At that rate of decline, those older adults with hearing loss developed significant impairment in their cognitive abilities 3.2 years sooner than those with normal hearing. Finally, the field of medicine handed over to Audiology a longitudinal study showing hearing loss involves long term consequences to healthy brain function and it should not be considered to be an inconsequential component of aging.

Here in lies the rub. For a guy who has fully supported both the practice of and the philosophy behind evidence based practice in our beloved profession, there has been a void in the causal evidence directly linking hearing and cognition function. However, in the absence of data supporting the causal relationship between hearing loss and dementia, for 20+ years fitting hearing aids, I always chose to believe, and behave in practice, as if it did. After fitting several thousand hearing aids, I fully appreciate the impact that a hearing aid can have upon a patient coping with untreated hearing loss.

As Audiologists, we all have witnessed how amplification combats the negative effects of hearing loss, such as loneliness, social withdrawal, early retirement or simply loving and living less – each a known risk factor for cognitive decline. We can no longer consider a hearing aid fitting as a simple act of improving communication, as it is truly so much more. Improving communication via restoration of audibility has been proven to have positive implications on things such as personal relationships, physical activity levels, less anxiety, better mood and self-confidence. This in turn creates higher levels of involvement with social activities, hobbies, group and individual interactions – even intimacy. These activities, the very reason why we are committed to better hearing, result in a much more cognitively stimulated and engaged person and is likely the underlying reason why now have a plethora of data supporting better cognitive function related to better hearing abilities.

While we still have much to learn regarding the causal effects of cognitive decline in older adults, clearly it begins with a gradual and progressive reduction in the number of properly functioning cells in the brain. In short, the brain slowly begins to die. However, if enhanced hearing can forestall these negative effects by 3.2 years, then that is something for us all, patients and providers, to easily believe. Yes, even in the absence of direct causal evidence binding better hearing with less dementia, I choose to believe. Because not everything in life must be seen, to be known…. just ask a child.

No comments on “Believing in hearing was always the easy part”, yet. 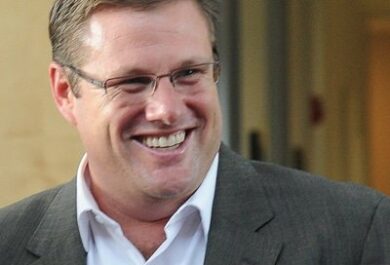 Former Vice President of Audiology at Phonak US

Bill joined Phonak in 2013 after nearly a decade serving as Assistant Professor in the Department of Hearing and Speech Sciences at Vanderbilt University. He received his AuD from Central Michigan University and has been a strong proponent of the Audiology profession, patient empowerment and a tireless advocate for persons with hearing loss.