Last September, the entire Phonak sales team in Germany had the opportunity to travel to England and witness the quality of in-ear production . As the door opened onto the production floor, I was instantly impressed by the high standards we were met with in Warrington – 300 employees all in position, 11 3D printers in constant operation and a level of organization like no other.

The program for that evening took us to Liverpool and to “The Beatles Story” – Museum of the legendary British rock band. Aside from the many exhibits, images and films, there is an almost perfect reconstruction of the original, world-famous Abbey Road Studio at the center of the museum. This was an absolute highlight for me as a passionate record collector and ambitious producer.

The art of mastering musical recordings

The extremely limited technology of the time and the simple equipment in no way diminished the creativity of the four British tune smiths, or their motivation to record the right sound. They strived to get the very best out of the limited tools they had available. It was therefore up to the band members to create balance and atmosphere for the recording, using the positioning of each instrument as well as the musician. The Beatles established their own specific sound, because their mixing and mastering was a shared, artistically creative and audio-aesthetic process. It is precisely this special, precious and dynamic sound which vinyl lovers and HiFi fans around the world hold in such high regard.

The improvement of musical recordings (in other words, mastering) has developed significantly over time. The aim of individual mastering is to keep the sound as dynamic as possible, and to bring out the emotional accents when mixing.

I was thinking about precisely this as I was stood in the gift shop at the end of “The Beatles Story” with a CD in my hand entitled: “The Beatles: 1 (2015 Remaster)”. I wanted to hear and experience this remastered album!

After arriving back home, I then started to compare the original 12-inch record version and the digitally remastered CD version. At first only acoustically using my near-field monitoring studio loudspeakers and then, once I had entered both signals into the computer, I also compared visuals using visualization software. To me, the new version was obviously much clearer, more accented and quite a bit louder. Most definitely a pleasant experience! A true expert had been working away at fine tuning the album and it had been tonally polished in an elegant manner.

A genuine race for maximum volume

Commercial mastering, however, is usually focused only on achieving maximum volume. This means excessive use of compressors. Overall, the signal can be shifted up without concern for the loss of dynamics and emotion associated with the piece of music. However, studies and surveys show that it is precisely these qualities which are most appreciated on the radio. Put simply, this means that he who shouts loudest is most likely to be heard. A genuine race for higher volume, the aim of which is to have an audio signal continually running at maximum. This means there was really no other option for the Beatles and their hits if they wanted to “keep pace with the competition” every day on the radio.

The Beatles were actually getting louder! That being said, it was carried out beautifully and not at all excessively in this case – it was in keeping with the mantra…”Let sound be loud or quiet, as feels right to you“!

No comments on “Are the Beatles getting louder?”, yet. 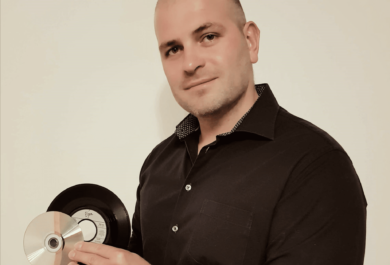 As an audiologist at Phonak, Adam is responsible for training hearing care professionals in southern and eastern Germany. As a passionate DJ and producer in the area of techno and electronic music, he enjoys thrilling and entertaining both young and old.

Helping patients to move toward hearing devices isn’t always a cut-and-dry process. It takes time, energy, and a combination of in-office appointments and Remote Support sessions.