A big mistake in my professional life when presenting on hearing loss or tinnitus was focusing on prevalence numbers. I believe many of us do this. It is an industry habit.

Even cochlear implant manufacturers mention the hundreds of millions of people with hearing loss worldwide when it’s only possible to implant tens of thousands per year. When the difference between prevalence and those who get help is so big, I don’t think it’s helpful. We might as well mention the entire world population.

So , why do we so focus on prevalence? We must ask ourselves two questions.

1.  Is it to show how important it is what we do, that we help so many?

For sure those cannot be the right reasons. None of us is helping millions anyhow. Unless you are working for a global manufacturer and responsible for a product line or a customer segment, like I once was. If you are, prevalence numbers could help you make a business case for your next product. But then your audience is the CEO, CFO and their representatives.

For those outside of manufacturing, I believe high prevalence numbers carry the psychological effect of diminishing the seriousness of the disease. If you extrapolate this to a fictitious disease with a prevalence of 100%, we all assume that it really cannot be that bad.

2. Is it to convince authorities in public health to spend more money on hearing loss?

If so, we need to talk to them, and even then I still think focusing on these numbers is counterproductive. I have been a politician myself, and they (we) tick and think in a certain way. If politicians hear high prevalence numbers and a relatively high cost per intervention they immediately see the challenge of where to find the money.

To advocate for public health spending, I believe we should instead focus on how our interventions impact well-being. For example, dollars/euros spent per improved quality-adjusted life years (QALY*) seems to be a good measure both for ranking interventions and the decision to fund or not to fund.

Of course, significant others should be taken into account as well, but that is just fine-tuning a rational approach.

Is there an alternative we should talk about?

Yes, there is. Assuming your presentation aims to trigger change, you need to bring in emotion, as emotion drives action. Information, like prevalence numbers, merely leads to conclusions.

There is a lot of emotion in hearing loss. Already with a little bit of empathy you can feel with your patients and their loved ones, their pain, their loss, their hopes, their despair, their fear.

I suggest you don’t quote platitudes like, “Not being able to see separates you from things, not able to hear separates you from others.“ Instead,  share your own experiences from your patients. This is not about statistical significance or medical claims. Be human. Be like Oliver Sacks.

One day some decades ago, George and Cindy, a couple in their twenties, came to see me. They were both deaf. Happily married.

Their childhoods however were filled with frustration. Late identification of their deafness, emotional battles around the question of whether or not to sign, poor hearing aid fittings and no assistive listening devices, incorrect school placements and probably a lot of bullying. I was amazed with how they could be so positive towards life.

They had three young children. Despite being told their children were not at risk of congenital deafness, their older two children were deaf. They just had their third child and wanted to know if their baby could hear well. With OAE’s, observation audiometry and brainstem responses I diagnosed him as deaf as well.

They were devastated. How was this even possible?

I drew up their family pedigree and the parents of both George and of Cindy were cousins. A genetic expert later confirmed they were not capable of having hearing children.

They adored their kids like all parents and wanted for them a better childhood than their own. Most of all, their deepest felt wish was they wanted their three children to be able to hear well, as they were convinced that would guarantee a life so unimaginably happier than their own.

It reminded me of another couple…

They were both hearing, but their first daughter, aged 4, was deaf. They had another lovely baby girl and came to see me for a hearing assessment. The father was an impressive guy –  tall, strong, a lot of muscles and worked as a police officer.

When I informed them that their second daughter was also deaf, the man broke down in tears. Much more so than 4 years before. He now knew what was coming.

That hit me. Hard.

Next time you give a presentation and feel the urge to mention a prevalence number, think of the WHY. Maybe you have the story of your George and Cindy as an alternative, and you can make an impact, that will last for decades.

If you are interested in more from Hans Mülder, we invite you to read his previous article titled, Make a plan. 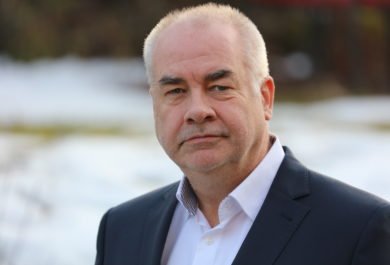 Do you want to revitalize effective communication for your patients, especially those with severe and profound hearing loss? Dr. Linda Thibodeau suggests that we put a stronger emphasis on non-technology strategies. This means focusing on solutions that involve the human connection.